Lordship Recreation Ground, the Rec, is a district park in Tottenham, in the Borough of Haringey, North London which opened in 1936 and is the largest green space in Tottenham. A vital component of the Rec is its users and supporters, many of whom have become Friends of the Rec - a thriving group devoted to enhancing the park and ensuring the community benefit from the potential of this great space.

Tottenham Clouds has regular meetings at the Eco-Hub where it is hoped that a weather station can be installed which will once again allow daily recordings of the weather to be taken in Tottenham as Luke Howard did for many years which he published as Climate of London, and for which he became known as the Father of Meteorology.

The Rec is a very large space with multiple entrance points each of which has it’s own character. It was established fairly early on in the design process that a good location for the cloud interpretation piece would be beside the entrance to the park from Higham Road. This point has advantageous vistas over the park but also the rest of Haringey. It would be visible from most of the park and will provide a point of interest from afar. 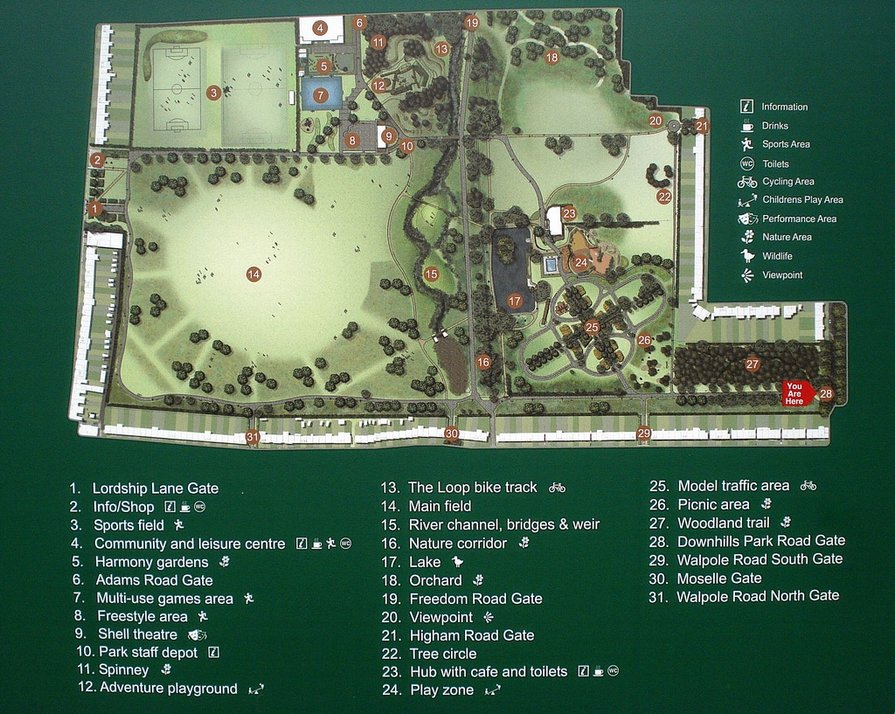 Visitor map of the Lordship Rec